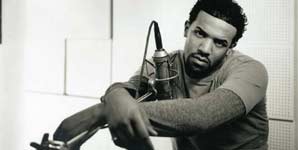 The Southampton born 24 year old returned to the world's music scene in September 2005 with his multi-platinum selling third album 'The Story Goes…'. Craig's homecoming to the charts saw him at number one from Europe to Australasia with sales of his critically acclaimed records topping 16 million globally. Craig's credentials as the UK's most successful domestic R&B artist and song writer were setting into stone, a nice accomplishment for the soul singer whose only mission was to make a record "that would reflect inspired moments that had shaped my life"

Critics scored Craig's musical delivery as "a masterpiece" (The Times) and "confirmation that Craig is the natural inheritor to George Michael's pop crown" (Q magazine). The album's first two single releases carried their own success story with 'All The Way' and 'Don't Love You No More (I'm Sorry)' both becoming two of the highest-rotated songs on UK and European radio in 2005.

Craig's new single 'Unbelievable' is released on Monday 6th March. He will be bringing his world tour to the UK in Spring 2006.