The Scottish-born comedian, who began hosting 'The Late Late Show' in 2004, announced that he will be leaving the CBS show to his studio audience on Monday (April 28th). 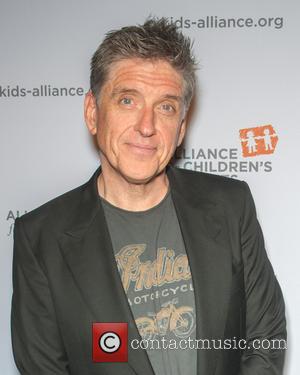 Picture: Craig Ferguson - The Alliance for children's rights, hosts the 4th Annual 'The Right to Laugh' an evening of comedy - Arrivals - Los Angeles,...

The landscape of late night talk shows is changing once again!

Craig Ferguson will be leaving 'The Late Late Show' in December 2014 after serving ten years as its host.

The Scottish-born comedian made the surprising announcement to the in studio audience on Monday night's (April 28th) episode.

News of Ferguson's departure comes just after CBS was forced to replace another talk-show host.

Stephen Colbert will be the new 'Late Show' emcee once David Letterman retires in 2015.

"CBS and I are not getting divorced, we are 'consciously uncoupling,' but we will still spend holidays together and share custody of the fake horse and robot skeleton, both of whom we love very much," the 51 year-old said in a statement, poking fun at Gwyneth Paltrow and Chris Martin's separation statement from last month.

"During his 10 years as host, Craig has elevated CBS to new creative and competitive heights at 12:30," CBS president Nina Tassler said in a statement. "He infused the broadcast with tremendous energy, unique comedy, insightful interviews and some of the most heartfelt monologues seen on television."

"Craig's versatile talents as a writer, producer, actor and comedian speak to his great days ahead," Tassler added. "While we'll miss Craig and can't thank him enough for his contributions to both the show and the Network, we respect his decision to move on, and we look forward to celebrating his final broadcasts during the next eight months."

Ferguson made his 'Late Late Show' debut back in 2005 and only five years later (2009) he was prized with a Peabody Award.

The comedian, who appeared on 'The Drew Carey Show' as Nigel Wick, was speculated to be a frontrunner to replace Letterman, as his show runs just after the 66 year-olds at 12:35 am, before CBS announced Colbert as the replacement.

But there is no hard feelings between the pair as Ferguson congratulated 'The Colbert Report' star by tweeting: "Congratulations to the hugely talented and fragrant and lovely @StephenAtHome on the new gig. Welcome to the CBS funhouse."

MORE: Stephen Colbert Gets The Conan Seal Of Approval For Letterman's Job

There is no word on who will be CBS's latest replacement.