British Actor James Corden Is Suffering Sleepless Nights Ahead Of His Debut As Host Of The Late Late Show. 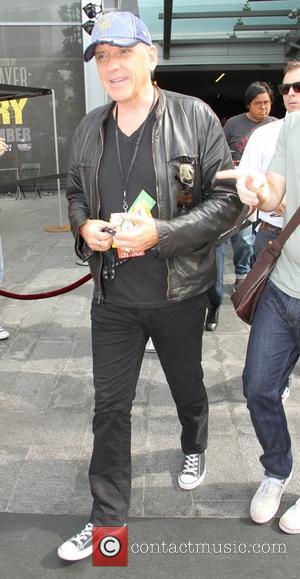 The Into The Woods star takes over from Craig Ferguson as presenter of the U.S. programme on Monday (23Mar15) and he is so scared of his big moment that he is struggling to sleep.

He tells People magazine, "There are some sleepless nights... I'm just this guy from a tiny town most Brits haven't even heard of, let alone Americans. This is just not something I ever thought would come my way. I feel like I'm a teddy bear in one of those grabber machines at the fair and I'm surrounded by more impressive teddies but for some reason it's grabbed me even though it was going for another. I'm the one going, 'Okay, this will be your life for a bit.'

Ferguson, who joined the show in 2005, left in December (14). Since then an array of star guests have taken over hosting duties, including singer John Mayer, moviemaker Judd Apatow, and actor Will Arnett.