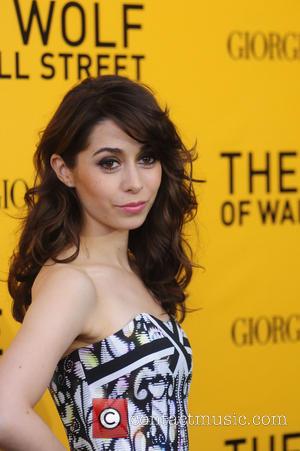 Actress Cristin Milioti was left cringing with embarrassment after spilling coffee all over a table while auditioning for a role opposite LEONARDO DiCaprio in The Wolf Of Wall Street.

The How I Met Your Mother star was improvising on the instruction of director Martin Scorsese, but she feared she had ruined her chances of landing the part as DiCaprio's onscreen wife after the disastrous chemistry test.

She explains, "They put us together in a room; just me, Leo, and Marty, to see if we had good chemistry. I was very scared and Marty had us improvise a little bit.

"We improvised a morning at home. We had coffee together and we were supposed to be reading the paper and he reached around to the back of my head and did sort of like a husbandly (touch on my neck) and I was like, 'This is it... you gotta (sic) go for this.' I leaned in (to kiss him) and he wasn't looking and I spilled my coffee all over the table, and that was my first shot."

Milioti's mistake didn't matter - she was subsequently cast in the new film.