Boy George and his band Culture Club are snapped on leaving a building in New York. With broad grins, they briefly pose for photos before getting into an awaiting car.

The band, known for their 80s hits 'Karma Chameleon' and 'Do You Really Want to Hurt Me', have been doing a series of television appearances to promote their forthcoming album 'Tribes' - set for release in 2015 and marking nearly 16 years since their last release 'Don't Mind If I Do'. Ahead of the release, they have unveiled a new single entitled 'More Than Silence'.

Culture Club - Church Of The... 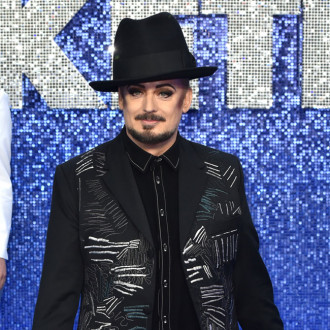