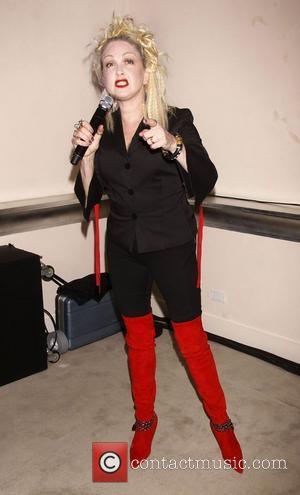 Cyndi Lauper has rounded up celebrity friends including Adam Lambert, Roberta Flack and Whoopi Goldberg for a charity concert to raise awareness of homelessness in the gay community.

The Time After Time hitmaker co-founded the True Colors Fund, which helps young gay, lesbian, bisexual and transgender people who are suffering tough times, and she is hosting a special show in New York in aid of the organisation.

Cyndi Lauper & Friends: Home For the Holidays benefit concert will also feature appearances from Sarah MCLachlan and Rosie O'Donnell, and Carson Kressley will host the bash.

Lauper says, "When I first learned that up to 40 per cent of all homeless youth in this country identify as gay, lesbian, bisexual or transgender I was shocked and saddened. For far too long homeless youth have not received the attention, resources and funding necessary to bring an end to this epidemic.

"My hope is that through this inspiring evening of music and comedy we can raise awareness and much needed funds to help these young people through our newly launched Forty to None Project."

The gig will take place at the Beacon Theatre on 8 December (12).