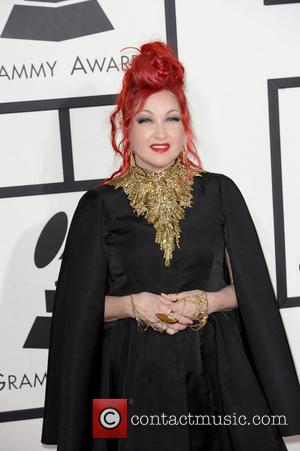 Pop singer Cyndi Lauper invited her celebrity pals Liza Minnelli and comedienne ROSIE O'DONNELL to be her back-up singers at her New York City concert on Friday (09May14).

The 80s music icon is currently on the road as the supporting act for Cher on the Dressed to Kill tour, and during their stop at the Barclays Center in the Big Apple, Lauper surprised the audience by bringing two of her pals up on stage.

Minnelli and O'Donnell stood at a mic stand while they provided vocal back-up for Lauper as she sang her hit song Girls Just Want to Have Fun for the crowd.

Both the Cabaret star and O'Donnell, who also played a tambourine, sang along with the chorus and playfully danced with Lauper.