Cynthia Nixon Found Filming Cancer Drama James White "Cathartic" As She Mourned The Death Of Her Actress Mother During The Shoot. 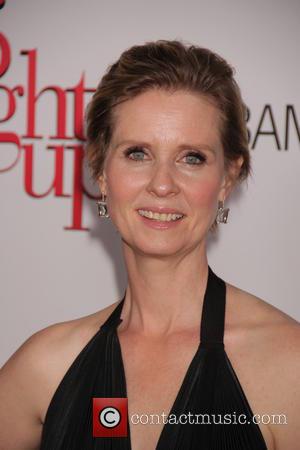 Anne Elizabeth Knoll lost her battle with the disease in early 2013 and the Sex and the City star, a breast cancer survivor herself, was still grieving as she began working on James White, which follows a young New Yorker trying to come to terms with his father's death as his mum, played by Cynthia, battles cancer.

Writer/director Josh Mond based much of the film on his own life, and Cynthia admits she was drawn to the part of Gail White because the character bore so many similarities to her own mother. The actress drew inspiration from her mum's illness for the role, and even channelled her style onscreen by using pieces from Anne's own jewellery collection.

"I honestly have to say, (the shoot) was pretty cathartic because it (her mum's death) was so fresh and I think my mother had certain things in common with the character I play," she tells U.S. breakfast show Today. "(Gail is an) Upper West Side bohemian, (who) got her child into the arts because that was her passion, and so I was able to wear a lot of my mother's... not clothes so much, but jewellery, and it just made me feel very close to her."

She adds of the project, "It's so powerful and it's so individual, you've never seen a film like it. It is a large part, autobiographical for him (Mond); his mum died of cancer and my mum died of cancer in the calendar year that we made the film."

James White debuted at the Sundance Film Festival in Utah earlier this year (15) and is shortlisted for two prizes - the Bingham Ray Breakthrough Director Award for Mond and Best Actor for Christopher Abbott - at the 25th annual Gotham Independent Film Awards in New York later this month (Nov15).