'Sex And The City' actress tied the knot three years after getting engaged. 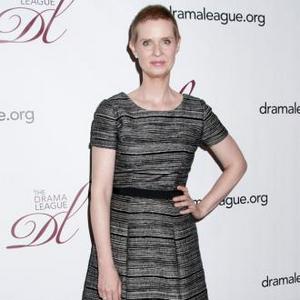 The actress who is best known for her role as Miranda Hobbes in the 'Sex And The City' franchise, wed her fiancÃ©e of three years on Sunday (27.05.12) in New York.

A representative told People in a statement: ''On May 27, 2012, Cynthia Nixon and her girlfriend, Christine Marinoni, were legally married in the state of New York. Nixon wore a custom dress by Carolina Herrera.''

Cynthia 46 and Christine 45 got engaged at a same-sex rally in the Big Apple in 2009 at a time when gay and lesbian marriage was not legal.

The pair were only able to tie the knot when it became legal last summer but the actress claimed in 2010 that she was in no rush.

She said: ''I'm enjoying being engaged very much. I don't mind a long engagement, which this one is surely turning out to be.''

They have been dating since 2004 and education activist Christine gave birth to their son Max Ellington Nixon-Marinoni in February 2011.

Cynthia also has two children from her previous relationship with photographer Danny Mozes.