Cynthia Nixon would like to reunited with her former 'Sex and the City' star Blair Underwood. 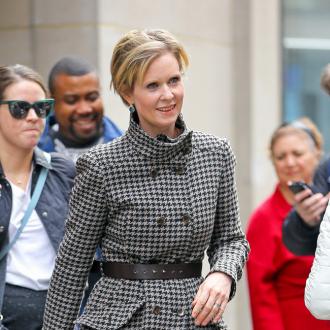 Cynthia Nixon thinks it would be ''fun'' to reprise the role of Miranda Hobbes from 'Sex and the City'.

The 49-year-old actress - who played the character in the two feature films and the iconic TV series - has revealed she misses working with her former co-star Blair Underwood and would be happy to return to the part of Miranda in order to work with him once more.

Asked about the future of the franchise, Cynthia said: ''I'm grateful I don't have to be the person who decides what happens to them next.

''We have had so many great guest stars over the years, and it would be fun to see some of those come back. I'm doing a play out in Massachusetts and Blair Underwood is here and it makes me miss him so much. I'd like to bring Blair back into Miranda's life again.''

Meanwhile, the actress also admitted to being surprised that people still confuse her with her on-screen persona.

She told The Guardian newspaper: ''I was in Antwerp doing a film and I got accosted in a restaurant by some women out on a hen night.

''They wanted me to talk into their cameras and give them marriage advice.

''I was like, 'I'm having lunch now.' There has been no new 'Sex and the City' material for so long but it just does still seem to keep going - I don't even understand how that works.''