Cynthia Nixon says nine-month-old son Max is ''very communicative'' and loves having a baby around the house again. 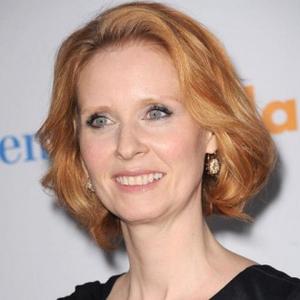 The 'Sex And The City' actress - whose fiancee Christine Marinori gave birth to the couple's little boy in February - is loving having a baby around the house again as she gets so much pleasure from him.

Cynthia - who has been dating Christine since 2003 and has two children, Samantha, 15, and Charlie, nine, with her ex-boyfriend Danny Mozes - said: "It's great - really great. He is a lovely, cute, very communicative little kid."

Cynthia says the whole family helps with looking after Max, especially Charlie, who dotes on his younger brother.

She told People: "My other children do help out with him, particularly my elder son. He is really sweet with him. My daughter has got so much homework - she's a teenager!"

And baby Max will be getting his first taste of Thanksgiving dinner today (24.11.11) as the family celebrate the tradition holiday.

She said: "He'll probably try some stuffing. I'm making a turkey and a couple kinds of stuffing."