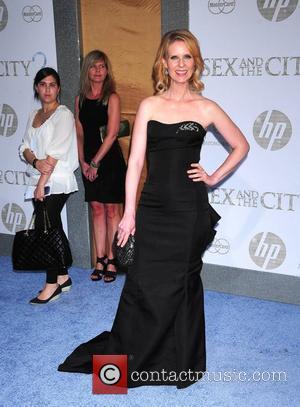 Actress Cynthia Nixon has urged lawmakers in New York to prioritise the legalisation of same-sex marriage because she is desperate to wed her lesbian lover Christine Marinoni in her hometown.
The Sex and the City star has been engaged to education activist Marinoni for one year and she admits her dream wedding would take place in the Big Apple.
But Nixon is not against the idea of exchanging vows in another state, if she is left with no other options.
She says, "We're not gonna wait forever for New York, we're trying to get New York to get its act together but if we have to we'll go somewhere else. But ideally we'd like to do it at home."
Nixon announced her engagement at a gay rights rally in New York last year (09), revealing they would soon be walking down the aisle.
However, a bill to legalise same-sex marriage in New York was rejected by the State Senate in December (09).