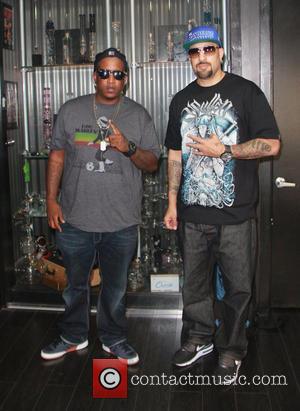 Rap group Cypress Hill is reuniting and releasing its first album as a trio in 10 years.

Over the past few years, the Insane in the Brain hitmakers have released their own solo projects, but now hip-hop stars B-Real, Sen Dog and producer DJ Muggs have joined forces once again for a new record.

Lead MC B-Real, real name Louis Freese, describes what fans can expect from their upcoming project in a statement that reads: "We're in the beginning stages but moving along smoothly. The sound is anti-everything that's popular and is in a world of its own."

Cypress Hill, who last worked together in 2004 for their album Til Death Do Us Part, are planning to release the new record next spring (14).

B-Real Is A Lifelong Lakers Fan

Medical Marijuana Dispensary Given The Go Ahead At Cypress Hill Festival