Da Brat - Photographs of a variety of stars as they arrived at the Soul Train Awards 2014 which were held at Orleans Arena in Las Vegas, Nevada, United States - Friday 7th November 2014 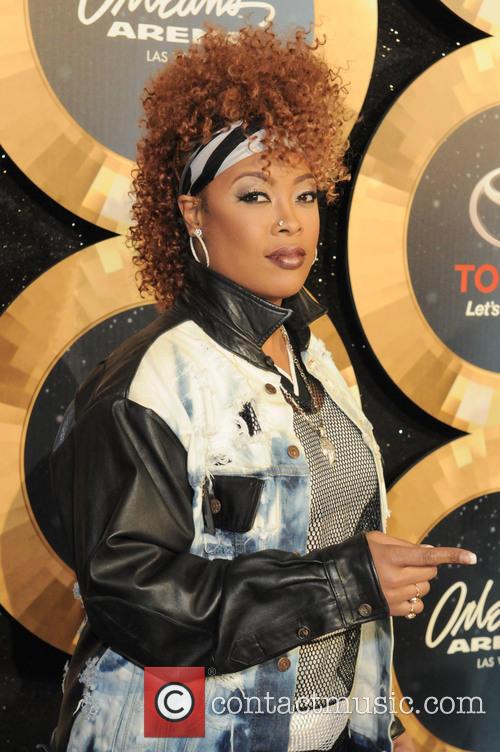 By Annette Cardwell
Terrible
After enduring Mariah Carey's film debut, Glitter, I'm reminded of a bit from Chris Rock's Bigger and Blacker. In response to women saying that they can raise a child without a man, Rock says, "You can drive a car with your feet, but that don't mean it should be done." To that I say, you can give Mariah Carey a movie, but that certainly don't mean it should be done.

By Blake French
Bad
Civil Brand might think that it carries an inspiring message about courage, hope, and sacrifice, but it's really nothing more than pieces of other movie's messages pasted together. Civil Brand wants to be The Shawshank Redemption, Last Dance, and The Green Mile, but instead comes off as made-for-TV fare, which is no surprise given the fact that director Neema Barnette has helmed nothing but. To call it preachy would be an understatement; the film wants to be a rowdy, boisterous bible-thumping preacher from the south -- and it has the energy and conviction to be one -- but it forgets to bring an original sermon to the altar.

As Frances Shepard (LisaRaye) enters Whitehead Correctional Institute -- a maximum-security prison for women -- she does not fit in with her fellow inmates, who are hardened criminals, drug-addicts, and murderers. She was a young mother and nurse, but after accidentally killing her abusive husband, she was convicted of murder. Fellow prisoner Little Momma (Lark Voorhies) -- 17 years old and pregnant, and also the prison's resident preacher -- quickly befriends and informs her that she's just joined the most lucrative businesses in the country: the prison industrial complex.

Da Brat On Mariah Carey's First Marriage: 'It's Like She Was Trapped'

Da Brat Fa All Y'All Video

Da Brat Fa All Y'All Video

Da Brat Give It 2 You Video