Reggaeton Superstars DADDY YANKEE And Don Omar Have Concluded A Deal To Hit The Road Together For A 60-Date Tour That Will Run Over Two Years. 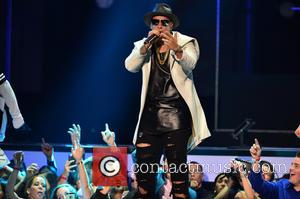 The two stars were once friends and collaborators but they launched a public war against each other a decade ago after falling out. They stunned fans in 2009 when they put aside their differences and appeared onstage together in their native Puerto Rico, prompting offers of a joint tour.

Now, six years later, Yankee and Omar are planning to hit the road for The Kingdom Tour, which will begin in December (15) in San Juan, Puerto Rico.

The trek deal will also include a joint album and a TV show.

Edwin Prado, the attorney who helped mastermind the deal for his two clients, tells Billboard.com, "If this were the mainstream market, it'd be like putting together Rihanna and Beyonce."

DADDY YANKEE says, "I was motivated by doing something completely different - and by the size of the offer", while Omar insists he and his new tourmate still aren't the best of friends, adding, "I am not his best friend, and he is not my best friend, but we respect each other."

The tour will reportedly be staged like a boxing match, according to the website, with the two artists trading off musical sets and fans voting for their winner in each city using an app designed for the event.