Daft Punk are set to collaborate with guest artists on their new album 'Random Access Memories', with tracks featuring musicians including Pharrell Williams and Julian Casablancas. 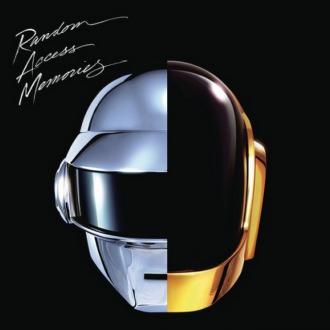 Daft Punk set to collaborate with guest artists on their new album.

The electronic dance duo are set to make a comeback with their first record in eight years, 'Random Access Memories', and further details have been leaked about what fans can expect from their fourth studio album.

French website Konbini have released a track break-down of the musicians set to feature on the album, including the likes of rapper Pharrell Williams and The Strokes frontman Julian Casablancas.

However, Daft Punk - whose real names are Thomas Bangalter, Guy-Manuel de Homem-Christo - have yet to unveil the track's titles.

Disco king Giorgio Moroder has worked alongside the DJS in a mini-documentary and thinks they have taken ''a step forward'' with their music.

He said: ''Daft Punk wanted to do something and do it in a way that's not done by just pushing a note or a chord. You definitely hear that it's nice and full; the drums and the bass have that warm, that full sound. This is like a step forward.''

'Random Access Memories' is set for release in the UK on 20 April.

The track listing is as follows: