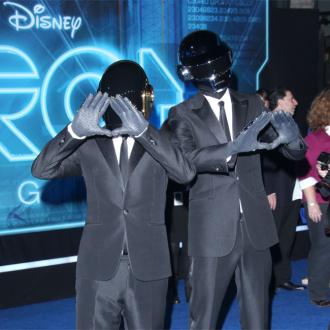 Though the duo - Guy-Manuel de Homem-Christo and Thomas Bangalter - like experimenting with the vocal-tweaking software in a ''fun'' way, they think it is over-relied on to make a singer's voice sound perfect.

Thomas said: ''Pop music is into the uncanny valley. For example, take Auto-Tune. Auto-Tune as an effect is very fun. We put it in the same category as the wah-wah pedal. It's pleasing to the ear and creates those funky artefacts, a bit like the clavinet in Stevie Wonder's 'Superstition'.

''The other use of Auto-Tune is the invisible one, where you put the voices of the performers in and you set the thresholds so you can't hear the Auto-Tune is there. It makes the voice 'perfect'. If you're using it to solve small imperfections, you're creating something that isn't human.

''Would you Auto-Tune Roger Daltrey on 'Tommy'? Or Simon & Garfunkel? It stops being a fun effect and becomes like a clone from a terrifying sci-fi movie.''

Despite their success as dance music pioneers, the 'Get Lucky' duo admit they have always secretly wanted to be like The Strokes, whose frontman Julian Casablancas is one of their collaborators on new album 'Random Access Memories'.

Thomas added in an interview with NME magazine: ''They're probably our favourite contemporary rock band. In terms of the attitude, he's got it totally right. We had a rock band when we were 17 and when we first heard The Strokes' first single we thought, 'Wow, that's the band we dreamed of being.''