Daisy Lowe, David Gandy and Pixie Geldof were among the big names at Vogue's Fashion's Night Out in London yesterday (08.09.11), kicking off The Fashion season in style. 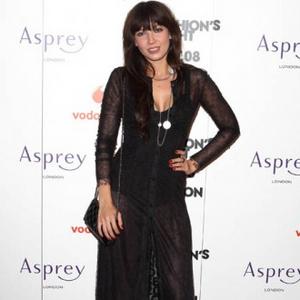 Daisy Lowe, David Gandy and Pixie Geldof were among the big names at Vogue's Fashion's Night Out in London yesterday (08.09.11).

The glamorous trio were at the Asprey party in New Bond Street and the Vodafone Experience store in nearby Oxford Street as they helped kick off The Fashion season in style.

The evening marked the beginning of Richard's two season LFW partnership with Vodafone which will continue to offer exclusive access and invaluable fashion insight for customers.

The partnership will also see Richard and the Vodafone innovation team working closely to design an on trend accessory that fuses technology and cutting edge design to deliver a truly pioneering fashion product that will be showcased in Nicoll's Autumn/Winter 2012 runway show.

Other stars to attend Fashion's Night Out in London - the worldwide annual after-hours shopping extravaganza - including Gwyneth Paltrow, Roland Mouret and Matthew Williamson.

Talking about the event, Matthew said: "It's a proper Celebration of British fashion and it's about brand building and having fun with people who have a keen interest in fashion," he told us. "Though having said that, I have just sold a dress to someone I thought would be an unlikely buyer - so we're capturing new customers too."