She's not closing the door on making a comeback after all.

The future of 'Star Wars' isn't something that's incredibly clear. Fans don't even know what to fully expect from this month's addition to the episode series, which comes in the form of 'The Last Jedi' on December 15. Still, something seemed pretty certain last week, when actress Daisy Ridley who plays Rey in the new trilogy of films seemed to confirm that these three movies would be her only three. Daisy Ridley as Rey in 'Star Wars: The Force Awakens'

Now in a new press junket, Ridley has spoken out once more and said that this isn't concrete, and that she was "misquoted" when she made those remarks. Clearly not putting 'Star Wars' at the back of her mind once she's done with the trio of flicks, it now seems she's not closed the door completely to making a return at some point down the line.

Speaking with Comic Book, the actress explained how she may actually return to the role of Rey in the future, despite knowing her current arc will be up when 'Star Wars: Episode IX' comes to a close: "Misquoted. I was misquoted. I was asked — by the way, at the end of a very long day, at the end of a very long shoot — I was asked how I felt going forward. And I said, in my mind, the story finishes at 'Episode IX'. To me, 'Star Wars' is in threes. [Episodes] 4, 5, 6; 1, 2, 3; 7, 8, 9. So, for me, that’s what I was signing on to; VII, VIII, IX. So that’s really what I was answering. And I think, for now – I’m not saying forever."

As we mentioned, exactly where the franchise will go following 'Episode IX' remains to be seen, but with Rian Johnson signing on for a new trilogy of films completely separate to anything that's been shown in the galaxy on the big screen so far, we imagine any return to Rey and her story will come in the deep future, rather than anything happening so soon after.

'Star Wars: The Last Jedi' comes to cinemas on December 15, with 'Episode IX' scheduled for release on December 20, 2019. 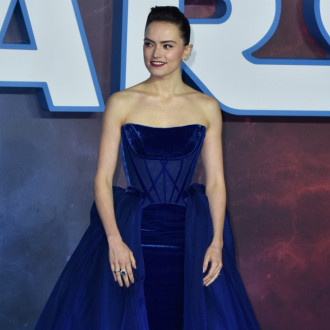