Dakota Fanning has revealed she’s still close with her War of the Worlds co-star Tom Cruise and the megastar still sends her birthday gifts.

Fanning co-stared with Cruise in the science fiction disaster film in 2005, when she was just 11 years old, but at 22 the gifts from Cruise are still coming. Appearing on ‘Watch What Happens Live’, Fanning was asked about some of her most famous co-stars.

When Cruise’s name came up Fanning said: “He has sent me a birthday gift every year since I was 11 years old. Beautiful gifts.

Fanning has also recently opened up about her bond with sister Elle, who is also an actress, dismissing any reports of a feud.

“People unfortunately love to see conflict. And if it's between family? Between sisters? Even better,” she told The Edit.

“The assumption that we're really competitive, that people even ask that, is horrible. It's implied our family [is] torn apart by jealousy.

“It shows people don't pay attention to who we are, just surface stuff: sisters, blond, blue-eyed, kind of the same age," she continued.

“We don't even think we look alike! Our personalities are worlds apart; we both feel that, we both know that. Anyone who knows us knows that.” 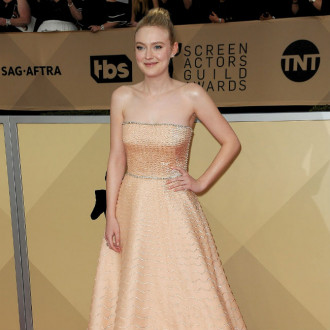