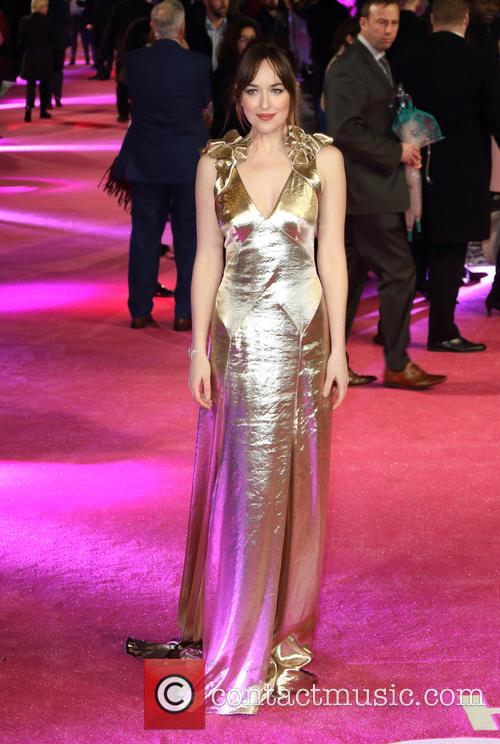 The 33-year-old actor stars as Christian Grey in the film franchise, with Dakota taking on the role of Anastasia Steele. While the first instalment, Fifty Shades of Grey, saw Dakota completely naked, Jamie maintained his dignity. However, with the sequel coming up, Dakota has taken it upon herself to ensure Jamie gives the fans what they want.

"I’m gonna make him get fully naked in the next one," she said during an interview on Watch What Happens Live on Wednesday night (10Feb16). "Everyone wants to see the 'd'! (penis)"

Jamie is no stranger to stripping off, having modelled for Calvin Klein in the past. A brief glimpse of his bottom was all fans were treated to in 2015's Fifty Shades of Grey, with Northern Irish star Jamie admitting bosses went to great lengths to ensure that he didn't have any nudity slips during filming.

"Your dignity is intact as much as it's all tucked away in a little flesh-coloured bag..." he told GQ magazine last year (15). "As a guy you put all your essentials in a little bag and you tie it up like a little bag of grapes and it's tucked away. It’s quite a peculiar thing to do every day."

Fifty Shades tells the story of S&M fan Christian's relationship with naive virgin Anastasia. While sex scenes occur in E.L. James' books every other page, there were even restrictions in place to ensure Jamie wouldn't be fully nude in the film adaptation.

"You want to appeal to as wide an audience as possible without grossing them out. You don't want to make something gratuitous and ugly and graphic," he told The Observer.

"There were contracts in place that said that viewers wouldn't be seeing my, um... my todger (penis)."