Homeland's Damian Lewis Awarded The Freedom Of The City Of London

Homeland's Damian Lewis accepted the honor at the City of London's Guildhall. 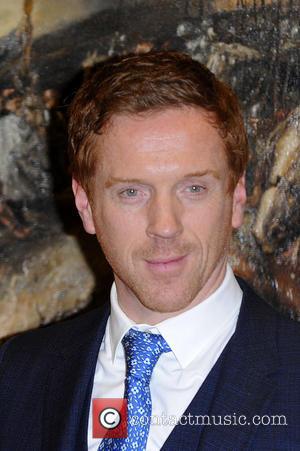 Picture: Damian Lewis - Damian Lewis receives the Freedom of The City of London at Guildhall, in recognition of his outstanding achievements in acting - United...

Homeland star Damian Lewis has been awarded the Freedom of the City of London in recognition of his acting achievements.

Now an Emmy or a Golden Globe is certainly a big deal, but the Freedom of the City is nothing to scoff at either, and Lewis certainly accepted it accordingly. The actor was glowing with happiness when he accepted the plaque at the Guildhall at the heart of the British capital (a city within a city in a country within a country, there’s a fun fact for you). He attended the ceremony, accompanied by his wife, actress Helen McCoy and his brother Gareth Lewis. Lewis accepted the award alongside his wife, Helen McCoy.

He said, "It's the most extraordinary honour to be offered the Freedom of the City of London - the city that I have grown up in, and love, more than any other. My grandfather was a Haberdasher, one of the Great Twelve Guilds, and I trained at Guildhall in the Square Mile. For over 700 years, merchants, financiers and actors - to name but a few - have lived and worked here 'cheek by jowl' and this illustrates just what diversity there is in the City of London. I'm very, very proud to be associated with it, and to be recognised in this way."