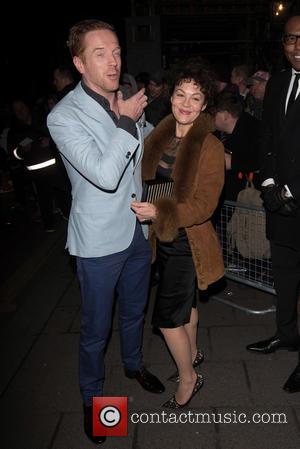 Damian Lewis is celebrating after his Tv adaptation of Hilary Mantel's Wolf Hall broke viewing records in the U.K.

The six-part adaptation of two of Mantel's novels, Wolf Hall and Bring Up the Bodies, starring Mark Rylance as Thomas Cromwell and Lewis as Henry Viii, averaged 4.4 million viewers a week on Britain's Bbc2, making it the channel's most watched drama in 13 years.

The Tv show's director Peter Kosminsky, says, "Many millions of people made the choice to watch a difficult, challenging, highly political drama that only the Bbc could make. I think that bodes well for the future."