Disney is reportedly working on a brand new 'Aladdin' prequel which will take a look at how the Genie ended up being trapped in a lamp. 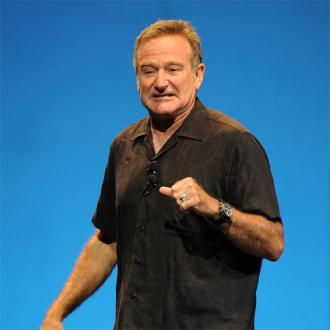 Disney is making an 'Aladdin' prequel.

The company is reportedly planning on exploring the backstory of the friendly blue Genie who offers the protagonist three wishes, in a brand new live-action movie.

The comedy adventure - which has tentatively been titled 'Genies' - is still in the early stages of development but is being penned by Damian Shannon and Mark Swift according to The Hollywood Reporter.

Although it will have a strong focus on the Genie character, it is also believed the movie - which already has Tripp Vinson on board to produce through his Vinson Films banner - will re-tell the classic 'Aladdin' story, which was brought to life in the 1992 animated film.

However, it is not yet known who will voice the Genie, having originally been played by actor Robin Williams who died last August after hanging himself.

The popular tale isn't the first to receive a live-action remake, with new versions of 'The Jungle Book', 'Beauty and the Beast', 'Dumbo', 'Winnie the Pooh', 'Mulan' and 'Pinnochio' already in production, with an updated version of 'Cinderella' also released earlier this year.

Producer Tripp - who was an executive producer on hit summer movie 'San Andreas' - is also currently producing music comedy 'Bob the Musical' for Disney, as well as a new film based on the character of Prince Charming.