Damon Albarn is working on a new solo album to be released under his own name. 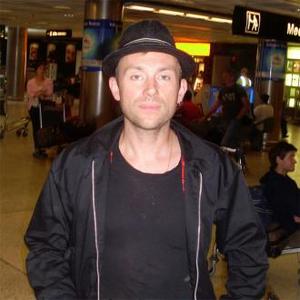 Damon Albarn is working on a solo album.

The singer - who has fronted Blur and Gorillaz - has just released his soundtrack album to his musical 'Dr Dee', but is already looking to his next project, which he will release under his own name.

He told BBC Radio 4: ''This week we're mucking around with these Russian synthesizers in a very loose mind of doing some kind of record under my name.

''I suppose you could call it a solo record, but I don't like that word. It sounds very lonely - solo. I don't really want to be solo in my life. But yeah, I'm making another record.''

Damon has previously released a limited edition collection of demo recordings, called 'Democrazy' in 2003 under his own name.

The singer will appear with Blur in London's Hyde Park headlining a huge concert which coincides with the closing of the Olympic Games, also in London, on August 12, but he doesn't want to associate himself too closely with The Games as he feels they are too corporate.

He added: ''We're putting it on for London and people who hopefully want to sing their hearts out in a park.

''The corporate [of the Olympics] I find a bit depressing. There's too much of it [sponsorship]. A lot of people see it differently. We're putting on another Celebration for the official closure of the Olympic Games.''