Hip-hop Trio De La Soul Have Launched A Crowdfunding Campaign In Order To Raise Money For A Star-studded New Album, Their First Record In 11 Years. 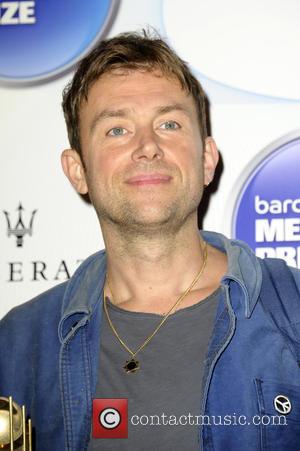 Picture: Damon Albarn - Photographs from the 2014 Barclaycard Mercury Prize which Edinburgh based Hip-Hop band 'Young Fathers' took away the nights main award at the...

The Me, Myself, and I hitmakers haven't released a studio record since 2004's The Grind Date, and they're calling on fans to help fund their latest project on Kickstarter.com.

The group launched the campaign on Monday (30Mar15), with a goal to raise $110,000 (£68,750) over the next month. The money raised from the effort will go towards production costs, marketing and distribution of their eighth, as-yet-untitled album.

On the campaign page, De La Soul, who have been independent artists for the past decade, write, "We see Kickstarter as a home for creative minds and a wonderful platform; where people who believe, respect and see the vision, can support an idea and make it a reality.

The trio promises a mix of "Jazz, Funk, Rock, Country Western and anything else we're feeling in the moment" for the record, and reveals they're planning on sampling their own back catalogue for the new tracks, an approach they say hasn't been done in hip-hop before.

In addition, De La Soul are calling on some of their famous friends to feature on the album, including Blur's Damon Albarn, David Byrne, 2 Chainz and Little Dragon.

Fans who support the campaign will receive different rewards based on their contribution, including USB drives uploaded with the new album and shaped like each member's head, out of stock De La Dunks sneakers by Nike, a dinner date with the trio, and a shopping spree with each rapper.

De La Soul raised more than $54,000 (£33,750) on the first day, and the trio has even received support from celebrity fans including Taraji P. Henson, Talib Kweli, Raven-Symone, Estelle and The Roots' drummer Questlove on Twitter.com.