How To Be Single Review Continue reading: How To Be Single Review

When Alice finds herself single after her last relationship comes to an end, her friend Robin takes it on herself to remind Alice how to play the field and have fun! Robin knows if Alice gets caught up in a lul it'll take her much longer to recover, so she teaches Alice a few tricks to have fun and cheap nights out.

Whilst Robin means well, Alice's views on how to get over her breakup differ to her friends but eventually she comes to realise that Robin might have a point - so much so that her new way of life might just help a few more of her friends too. How To Be Single is a lighthearted take on a group of female friends who are all trying to deal with different life issues.

How To Be Single is produced by Drew Barrymore and is directed by Christian Ditter.

The 32-year-old actor, who plays Coach, will leave the cast of the Fox Comedy at the end of its current fourth season in May.

Damon Wayans Jr. is fast becoming one of television's most desired comedic stars, and it seems receiving so many offers has proven just too tempting. The 32-year-old will depart from the cast of 'New Girl' once filming of the Fox Comedy's current forth season is complete in May.

Wayans, who will not return to the show if as a regular next series if it gets renewed for Season 5 as expected, appeared on the very first pilot of 'New Girl' as the third roommate but unexpectedly had to leave because ABC surprisingly renewed another season of 'Happy Endings'. 'Big Hero 6' is on the horizon, and the reviews are astonishing.

Well, we didn't see this one coming. Or did we? Disney's shadowy project Big Hero 6 has only gone and turned out to be, like, the best thing ever. The comedy-adventure follows a robotics prodigy Hiro Hamada, who learns to harness his genius thanks to his brilliant brother Tadashi and their like-minded friends. When a devastating turn of events leaves Tadashi and his pals in a dangerous situation on the streets of San Fransokyo, Hiro and his robot Baymax transforms the group into a high-tech heroes.

Continue reading: With 100%, 'Big Hero 6' Is Pretty Much The Best Movie Ever

Hiro Hamada is a young robotics virtuoso whose best friend is a large, balloon-like humanoid machine named Baymax which he designed at the San Fransokyo Institute Of Technology. However, having such expert knowledge in this kind of scientific field is bound to be dangerous and soon enough they find themselves under attack from a vicious enemy who sends his army of miniature robots after them. Going to the police proves fruitless, and so Hiro decides he must fight back. He designs a powerful suit for Baymax and joins a team of like-minded vigilantes who have been appointed by the government to save the world; they are Wasabi-No-Ginger, Honey Lemon, GoGo Tomago and Fred and together they form the ultimate superhero team. Hiro and his friends must uncover the villain's plot of destruction – without breaking curfew.

A pair of best pals are at the point where they are contemplating why nothing in their lives seems to have turned out right so far. To take their mind off their money issues, however, they decide to attend a life-changing costume party - dressed as cops. Everyone seems to assume that they really are law enforcers and they decide to abuse their position by executing their 'power' over party-goers for various minor issues. Hooked on their so-called status, they decide to purchase an old police car despite the risk of being sent to jail for several years for impersonating officers of the law. They are soon favoured by the neighbourhood for their laid-back attitude, but as their fame starts to spiral out of control, they find themselves caught up in the real life criminal underworld with no easy way out.

Damon Wayans Jr. will not be leaving 'New Girl' anytime soon as he signs to stay on for the rest of season 3.

Damon Wayans Jr. will feature in the rest of the 3rd season of Zooey Deschanel's 'New Girl'.

According to E!News, Fox announced that they have signed the actor for the remainder of the season as a "special guest star".

Wayans appeared on the very first pilot of 'New Girl' as the third roommate but unexpectedly had to leave because ABC surprisingly renewed another season of 'Happy Endings'. 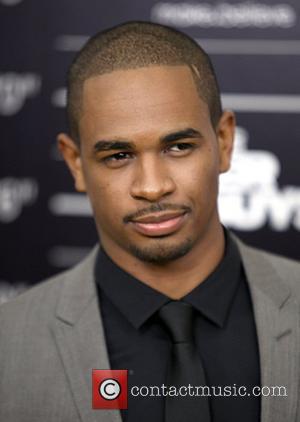