Dan Aykroyd Will Appear Briefly As A Taxi Driver In The New Ghostbusters Revamp, According To Multiple Reports. 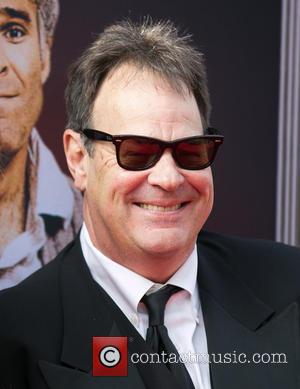 The actor, who played Dr. Raymond Stantz in the original two movies, has been involved in the reboot since its inception, but now it appears he won't have a leading or a supporting role - just a cameo.

According to IndieRevolver, Aykroyd will portray a driver who denies new Ghostbusters star Kristen Wiig's character a ride, telling her, "I ain't afraid of no ghosts!" - a repeated line from Ray Parker, Jr.'s hit Ghostbusters theme tune.

Appearing to confirm the news in a tweet on Tuesday (14Jul15) that he later deleted, Aykroyd wrote, "On GB set shooting my scene with funny beautiful Kristen Wiig lady GB'S are adorable, hilarious and bada** Exhilarating!"

The actor's cameo has since been confirmed by his representatives to Entertainment Weekly.

The new film, which also features Melissa MCCarthy and Leslie Jones, is set to hit cinemas in July, 2016.