Posted in Press Releases on 19 September 2013 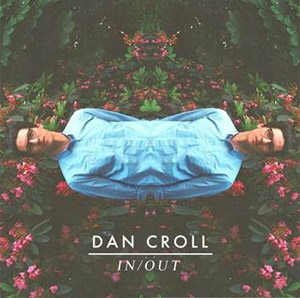 Described as "Liverpools new boy wonder" &  "the missing link between Beck and Beirut" by The Guardian and "Your new favourite genre-crossing musician" by Nylon Magazine, UK's Dan Croll is making a name for himself around the globe. The reaction to early singles 'From Nowhere' & 'Compliment Your Soul' have been immense and announced Dan's arrival in no uncertain terms. He has become a regular on Radio 1, 6 Music and XFM, picked up well over 600,000 streams on SoundCloud and is a celebrated favorite across blogs around the world, to the extent that he has topped the Hype Machine charts several times.

Following this success and having been tipped by the press on both sides of the Atlantic, Dan Croll has signed to Deram Records, the British label that first signed David Bowie & Cat Stevens and which released iconic singles Nights in White Satin and Whiter Shade of Pale. Dan Croll is the first artist to appear on the newly revived Universal Music imprint and perfectly encapsulates their ethos of nurturing young, creatively independent artists.

IN/OUT is a master class in indie afro-tinged synth'n'b and reflects his love of a whole variety of different musical genres. With gorgeous folk melodies, synths, guitars and drumbeats weaving intricately into stunning harmonies IN/OUT is set to be another winner for Dan Croll. Dan Croll: "I Recorded Most Of My Debut Album In An Old Primary School"