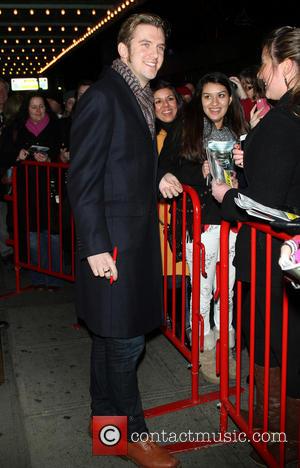 British sensibilities often don't really translate in the USA, the humour doesn't cut the mustard when coming out of an American mouth, which is why Skins, The Inbetweeners and The Office (okay, it's good, but without Gervais or Sheen... close, but no cigar) haven't been quite as far reaching as their UK counterparts. However, Downton Abbey has captured the American imagination's version of England; posh toffs, big houses and lots of tea. Because of this, it's extraordinarily successful.

The show airs on PBS and as Reuters reports: "[T]he ratings for season 3 [of Downton Abbey] quadrupled the average viewings for PBS primetime shows, which usually is 2 million viewers, and nearly doubled the premiere of the second season, which kicked off with 4.2 million viewers in January 2012." The most recent episode to air on the public network saw the wedding between Matthew and Lady Mary Crawley... finally! The romance had been burgeoning for the first two seasons, fans loved that they finally tied the knot.

With nearly 8 million viewers, the British production is the network's biggest audience yet. Washington Post's statistics claim that a full 11% of Washington's population, with their TVs on, was watching Downton. One of those was probably at the Whitehouse, given that Michelle Obama is a famed fan.