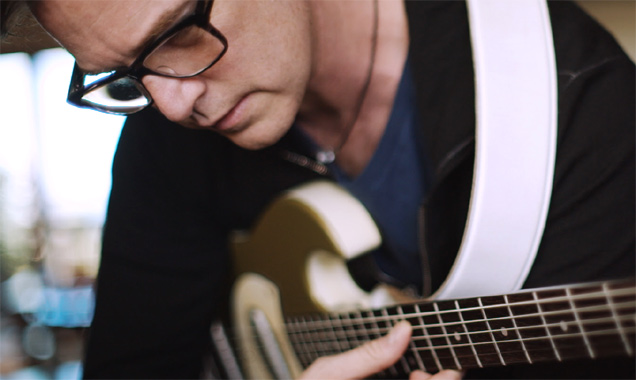 A man whose songs have already touched millions, Dan is best known in the UK as the frontman for Semisonic with their huge hits 'Closing Time', 'Secret Smile' and the million selling album 'Feeling Strangely Fine' which went platinum in the US and the UK.

In the interim Dan has carved out a stellar reputation as one of the most talented, successful and in-demand songwriters at work today, collaborating with a diverse range of artists including Nas, Birdy and Paloma Faith. Notably Dan co-wrote the multi-award winning masterpiece "Someone Like You" with Adele, one of three songs he co-wrote for her invincible '21' album.

Now in 2014 Dan steps back into the spotlight with 'Love Without Fear', an album that showcases his songwriting skills from start to finish. Containing eleven songs as carefully crafted as they are spontaneously touching, the album traverses the spectrum of human relationships from the darkest blues of loss and heartache to the brightest reds of love and happiness.

"I really wanted to make a record that felt singer-songwriter in its DNA," says Dan. "I like things that are, basically, folk music with that Americana twang, but I'm too influenced by Broadway or urban pop sounds from the 60s to make a proper country-sounding record. With this album, I wanted to make something that sits at the intersection between twangy Americana and The Beatles."

Born in Minneapolis, Dan spent his childhood "walking through the neighbourhood singing very loudly, imagining I was Elton John". By his teens, Dan was hanging out with Prince's keyboard player, Dr Fink, and sneaking into local bars underage to soak up Minnesota's burgeoning post-punk scene, a breeding ground for the likes of The Replacements and Husker Du. After studying printmaking at Harvard, for many years he balanced life as a travelling musician in his brother's band, Trip Shakespeare, with a career as a visual artist, until committing himself to Semisonic, and due success.