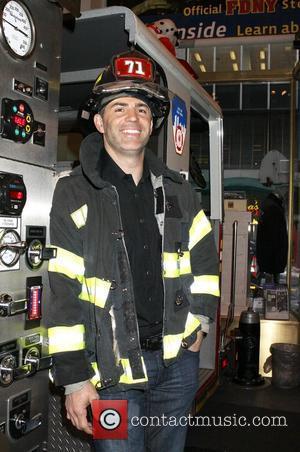 Dancing With The Stars contestant Kirstie Alley took a tumble during her routine on last night's live show (5th April 2011), reports the New York Daily News. The 60-year-old, who has been heavily praised for her recent performances, fell to the ground with partner Maksim Chmerkovskiy.
The fall left Alley giggling but partner Maksim grimacing in pain as the couple attempted to finish their rumba routine. Despite the mishap, the pair received 7's across the board, to leave them with a solid overall score of 21. Explaining the sudden fall, Chmerkovskiy said Alley was not to blame, saying, "My thigh gave out. It had nothing to do with her". Judge Len Goodman brushed aside the mishap and praised the couple for "overcoming adversities". Elsewhere on the show, Disney star Chelsea Kane received high praise for her cha-cha routine and Kendra Wilkinson gained her best feedback of the competition so far. However, it was Hines Ward who turned out to be the judge's favourite and his energetic samba to Earth Wind & Fire's 'Fantasy' was lauded by Carrie Ann Inaba who exclaimed, "It looks like you've been dancing the samba your whole life".
Going into tonight's results show, Hines Ward sits top of the Dancing With The Stars leader-board with 25 points out of a possible 30. Chelsea Kane and Kendra Wilkinson both scored 23, while Chris Jericho scored 21.