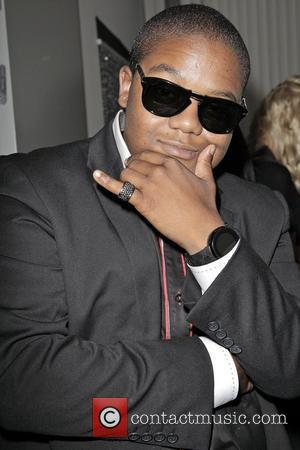 J.R Martinez earned high praise following his samba routine to Gloria Estefan's 'Conga' on Monday evening's instalment of Dancing With The Stars (17th October 2011) The American actor continued his dominance of the competition, by earning 28 points out of a possible 30 with partner Karina Smirnoff, reports CBS News.
After completing his near perfect routine, Martinez explained how his Latin roots had given him an advantage with the samba, saying, "Being raised by a single mother is that I was always dancing with my mother and I think that will help me do well with the samba". The 'All My Children' star has been solid throughout the competition and has rarely found himself outside the Top 2. Head judge Len Goodman was clearly impressed with the polished routine, saying, "Way to go, Jose! I didn't think you would come out here and perform like that.Somehow guys and the samba just don't work together". Bruno Tonioli joked that the Kardashian family would be "gagging" thanks to his sizzling performance, adding, "You had so much fire down below, it was like a volcano!" However, it was not such a successful week for CARSON CRESSLEY, Nancy Grace or soccer player HOPE SOLO, who found themselves in the bottom three.
Martinez is now the clear favourite to lift the dancing trophy and follow in the footsteps of past winners Nicole Scherzinger, Shawn Johnson and DONNY OSMOND.