Brian 'Danger Mouse' Burton is one of very few musicians whose work in the present day absolutely deserves your attention. Be it his work with the chart topping Gnarls Barkley, the dark garage rock of his collaboration with Mark Linkous of Sparklehorse, or his critically acclaimed production work with the likes of Beck, Danger Mouse always manages to bring something different and worthwhile to his already massively eclectic table. On Rome, the 21st century mastermind collaborates with Italian composer extraordinaire Daniele Luppi to craft a breath taking homage to Spaghetti Western film soundtracks composed in the 1960s and '70s in Italy. 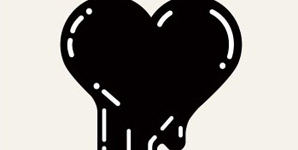 This could have easily fallen flat on its face of course, but Danger Mouse and Luppi, being the true visionaries they are have put so much care, respect and authenticity into this that it comes off as a brilliant homage, instead of an ugly parody. The measures they have gone to are astonishing: There are no samples, just real musicians playing real music and everything was recorded to tape. The core backing band is made up of musicians who actually played on the soundtracks Burton and Luppi were so inspired by. It is very telling indeed that this album was five full years in the making.

Weighing in at just 35 minutes, you'd be forgiven for thinking that this 15 track collection was not a particularly substantial body of work. It is however, a case of quality over quantity. The sounds on offer here are full and rich, from the elaborate and expressive orchestral arrangements like the awe inspiring string work on Roman Blue and Her Hollow Ways, to the choral vocal arrangements that punctuate the record. From such an accomplished ensemble of players, the high standard of playing was to be expected. There are some astonishingly understated guitar lines and a brilliant bass sound. With Burton in the producer's chair, it is obvious he has become a true master of his craft.

Much has been made in the press in the build-up to this albums release about the two guest vocalists featured on Rome; so much so that it has perhaps overshadowed the brilliance of the musicianship and the intricacies it demonstrates. Jack White however, shows astonishing range on his three tracks: The Rose with the Broken Neck features layer upon layer of harmonising vocals; Two Against One is a sinister slow-burner, White's dramatic vocal delivery the most akin to his previous work; Finally The World has White in full falsetto mode, bringing the album to a close.

Elsewhere Norah Jones gives the performance of her life, with her dusky vocals drifting over the top of some of the album's highlights. Season's Trees calls to mind the dark, moon-lit blues of Mark Lanegan and Isobel Campbell's last collaboration; the breath-taking Hawk album. Problem Queen is slightly more upbeat, whereas the album's single Black truly highlights the talents of all involved. Jones's singing is truly beautiful, the guitars duck and weave around each other, the string arrangement reminds you of the sweeping, majestic strings on Beck's seminal Sea Change album.

Put simply, I could wax lyrical about Rome for many more paragraphs, but the music truly does speak for itself. With Rome, Danger Mouse shows us that there is truly no ground he cannot cover with aplomb. Quite where he might go from here is anybody's guess, but with any luck it won't be another five years before we see a follow up to this masterpiece of an album. 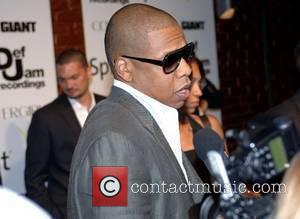