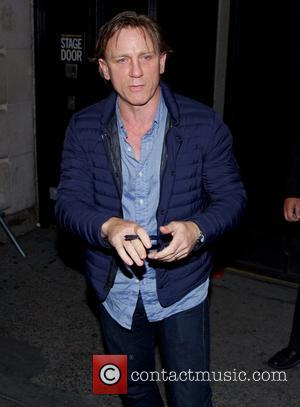 Married stars Daniel Craig and Rachel Weisz faced a setback during their Broadway performance of Betrayal on Saturday (30Nov13) as the production was plagued with technical problems.

The British actors are currently portraying married couple Robert and Emma in the revival of Harold Pinter's 1978 play, which tells the story of a woman's affair with her husband's friend.

However, the performance was temporarily stalled on Saturday because of stage problems, but the actors pushed on with the show even though the set had to be manually changed between each scene.

A representative for the production tells New York Post gossip column Page Six, "The show's automation failed after Scene 2, into Scene 3, necessitating manual set changes for the rest of the performance. Of the 1,100 people in the sold-out audience, there were less than 10 requests for refunds or exchanges. There was a 15-minute pause following the breakdown during which the cast made the decision to continue the performance.

"They continued on brilliantly, and each scene change received a round of applause. They finished at 10:26 pm, about 40 minutes later than usual. After an immediate standing ovation, Daniel Craig thanked the audience for their patience and the show's crew for their efforts to ensure the show would go on."