Daniel Craig's biggest regret about being famous is not being able to drink in a bar because he strives to stay ''high class'' like James Bond. 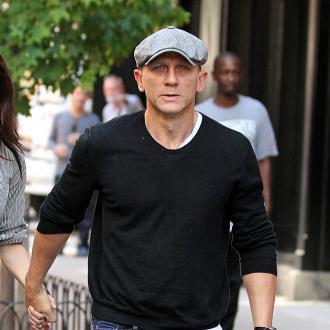 The 44-year-old actor hates having to monitor his behaviour in public since he became famous and especially regrets not being able to go to a bar and get drunk like everyone else.

Daniel told Vanity Fair magazine: ''You talk to people in the movie business who have been doing this 40 years and they all say the difference is that, back in the day, you could go and have a drink in the bar, get drunk, fall over, have a good time, relax, whatever, and no one would know about it.''

''But now everyone's got a camera. Not that all I want to do is get drunk in a bar, but that's an example.

''So you can't live a normal life anymore. Because it will become public knowledge that you've gotten drunk in a bar or skinny-dipped on a beach or something.''

The 'Skyfall' star - who is married to Rachel Weisz - says his role as secret agent 007 has inspired him to forgo his wild ways and remain ''high class'', and he regularly turns down the offer of complementary martinis from James Bond fans in a bid to stay true to his classy on-screen persona.

Daniel explained: ''I've got to be high class. I've done a lot of things in my life. But you have to think in that way. Which is sad, because I like bars.

''It's amazing how many times I've sat in interviews like this in a bar or a hotel, and it's 11 o'clock in the morning and someone sends a martini over.