Daniel Craig drinks kids' medicine to cure his hangovers, after being advised about the special liquid by his fellow actor, Mark Wahlberg. 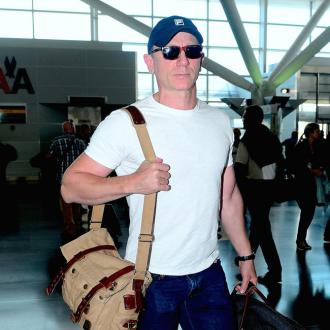 The 'Spectre' star has revealed the liquid was recommended to him by fellow actor Mark Wahlberg who ''swears by'' it if he is suffering after a heavy night of drinking.

He explained: ''There's this thing called Pedialyte. It's basically a diuretic; you give it to kids who are dehydrated. If you wake up in the morning and you've got one of those on standby and you down the whole lot...you can carry on drinking!

''[I learned it from] Mark Wahlberg. Who I don't know, but I was told that's what Mark swears by. It's the difference between life and death as far as I'm concerned.''

However, the 47-year-old actor - who wed Rachel Weisz in 2011 - admitted he rarely has nights out drinking anymore because he finds it difficult to find places where he won't get mobbed by fans.

He told DuJour magazine: ''I mourn it slightly. I like to have a drink, and I love pubs and I love finding new pubs and places to socialise. But that has a limit on it now.

''Bars are hard [for me to go to], but that's more because of mobile phones. I'll do autographs all day long, and I'll even do a picture at the end of an evening. But if I'm being photographed all night long in a bar, that p***es me off.

''If you ask, I may say yes, but come up to me and say, 'Would you like to take a photograph with me?' If you're f***ing sneaking photographs of me ... It's human nature, you're sneaking something! I'm being f***ed with! But people don't see it as a problem. Maybe I'm delusional.''