James Bond star Daniel Craig shocked onlookers by flying into a rage after a fan tried to take a picture of him and his wife Rachel Weisz in the supermarket. 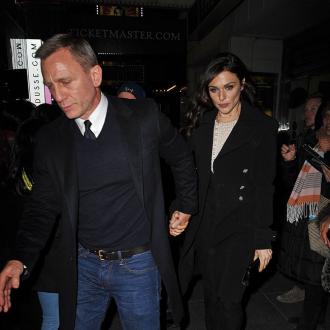 Daniel Craig grabbed a phone off a fan in an angry rage.

The 'Skyfall' star was grocery shopping with his wife Rachel Weisz near their New York home when an onlooker tried to sneakily take a snap of the A-list couple on their handset, sending the 007 actor into a fury.

Daniel screamed, ''Is watching me food shopping with my wife really all that interesting to you?'', before snatching the phone off the shocked fan as Rachel attempted to calm him down.

An eye witness is quoted by the Daily Star newspaper as saying: ''Daniel was really angry, and it looked at one point like he might even destroy the phone.

''But Rachel was much more calm, and quickly stepped in to give the guy a stern but polite lecture on privacy. She really defused the situation, which could have got out of hand.''

The 'Oz the Great and Powerful' actress was able to calm her hot-headed husband and even managed to convince the fan to delete the snapshot, as well as offer Daniel an apology.

The couple - who fell for each other on the set of 'Dream House' in 2009 - are known for being very secretive about their relationship and have attached great importance to their privacy.

Daniel said in the past: ''I think there's a lot to be said for keeping your own counsel. It's not about being afraid to be public with your emotions or about who you are and what you stand for.