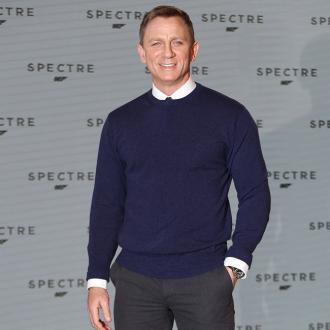 Daniel Craig has been injured while filming the new James Bond movie 'Spectre'.

The 46-year-old actor sprained his knee while shooting a fight scene for the 'Skyfall' sequel which is due to hit cinemas in November.

The accident - which happened at Pinewood studios in Buckinghamshire - has sparked panic amongst movie bosses as the film was already on a tight shooting schedule.

A source said: ''Bond bosses would have been panicking.

''Filming deadlines are so tight, any sort of delay can bring mayhem to the schedules.''

The movie's extras were even told to go home for the day after the star injured himself on the set.

The source told The Sun newspaper: ''The extras were simply told, 'You can go home - Daniel's injured his knee'.''

However, a spokesperson for the movie ensured fans last night (05.02.15) that Craig is on the mend and filming is set to resume this weekend.

They said: ''Daniel Craig sustained a knee sprain this week while shooting a fight sequence on the set of Spectre.

''He will be filming on Saturday as planned.''