Would Irony Be A Step Back For Daniel Craig and James Bond?

Daniel Craig wants the irony back in Bond, but is he right? 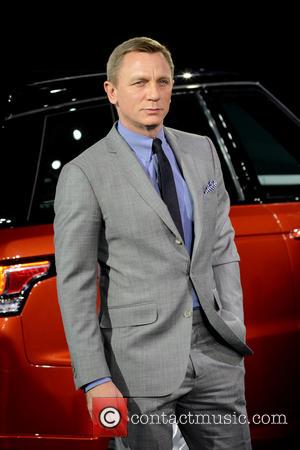 Daniel Craig says he's hoping to restore some of James Bond's traditional sense of irony in his next outing as 007, which reteams the actor with Skyfall director Sam Mendes.

Craig, who's previous outing as the secret agent is now the biggest grossing British film of all time, told Vulture magazine that the next movie might opt for a more tongue-in-cheek approach.

"Hopefully we'll reclaim some of the old irony.and make sure it doesn't become pastiche," he said, adding, "I can't do shtick, I'm not very good at it. Unless it kind of suddenly makes sense. Does that make sense? I sometimes wish I hammed it up more, but I just can't do it very well, so I don't do it."

The first two Bond movies starring Craig - Casino Royale and Quantum of Solace - furthered the agent's story, though it was Skyfall that marked a dramatic new direction for the famous character. Here we say a Bond with obvious weaknesses - he couldn't shoot as straight, he was a little older, he chugged lager and battled his demons. It made for a thrilling movie with more depth than the film starring Pierce Brosnan, Roger Moore and Sean Connery, while the cinematography was bleak but beautiful. Even Q - Bond's eccentric gadgets man - was toned down and played by the youthful and somewhat geeky Ben Whishaw.

After initially distancing himself from further movies, Sam Mendes finally agreed to helm the next film, while Daniel Craig is contracted to star in at least two more Bond films. Scriptwriter John Logan will also be returning for the 24th official 007 outing, slated for a November 2015 release.

Though the codes and conventions of a Bond movie are clear - Skyfall just about got it right with the amount of action, drama and irony. Bond jumping onto the train and adjusting his cufflinks. The "he's keen to get home" line during the London underground scene. This was enough. Do we really need another Pussy Galore?