Daniel Craig suggested Sam Mendes should be the director of 'Skyfall' because he is a ''huge'' fan of the James Bond film franchise. 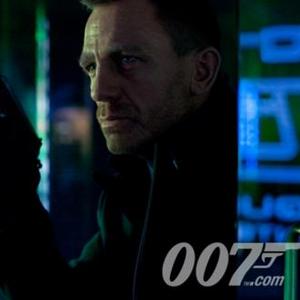 Daniel Craig suggested Sam Mendes should be the director of 'Skyfall'.

The 44-year-old actor thought the helmer would be the ideal choice to take charge of forthcoming James Bond movie - which will see Daniel reprise the role of the lead character - because he is a ''huge'' fan of the franchise.

Speaking in an interview with Comingsoon.net, he said: ''I just sort of had a flash, really. I had spoken to him at a party and we've known each other for years and obviously we've worked together before.

''I just said, 'Would you be interested?' because it just seemed to me like a good idea. He's English. He grew up watching Bond. He's a huge Bond fan. He just instinctively knows about what Bond movies are about. He just seemed to be the correct choice.''

'Skyfall' producer Barbara Broccoli - who has worked on the last six Bond films including 'Casino Royale' and 'GoldenEye' - admits Sam Mendes is the ideal person to direct the project.

She added: ''We always wanted someone who was a great director in their own right and a storyteller, and I don't think you can get any better than Sam Mendes.''

Daniel believes ''the Sam Factor'' is responsible for attracting such a high calibre of acting talent to the movie - which will star Ralph Fiennes, Albert Finney and Javier Bardem - and Barbara admits Daniel is partly the reason why so many stars are appearing in the film because ''everyone'' wants to work with him.

'Skyfall' is due to be released on October 26.