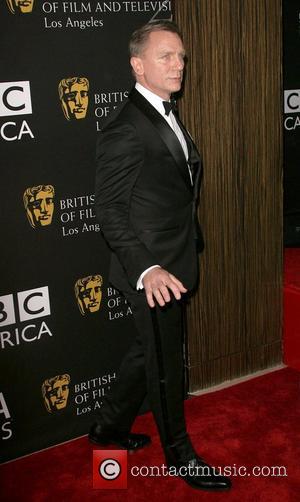 Daniel Craig appears to be less than happy about his James Bond contract and insists that he wishes he never took up the role as the British MI6 agent.

In an interview with Rolling Stone, the BAFTA nominated actor revealed that despite being signed to star in a further two more Bond films, he's desperate to end his stint as the spy having already appeared in three movies. 'I've been trying to get out of this from the very moment I got into it', he insisted in the interview. 'But they won't let me go, and I've agreed to do a couple more, but let's see how this one does, because business is business and if the s*** goes down, I've got a contract that somebody will happily wipe their a** with.'

It appears to be a statement he made before the huge and immediate success of the latest Bond film 'Skyfall' that is nearing record-breaking triumphs in the UK box office having already made $289,052,543 worldwide. He is yet to comment on the article or change his mind, however BBC America reported that he had nothing but positive things to say about the franchise. 'I feel really comfortable to where we've got to and the way that we're now making these movies thrills me', he says. 'As an actor I just get such a kick out of it.' Very contradicting statements. Sure you've not have a few too many Martinis, Daniel?