Daniel Craig has revealed playing a cowboy in new movie 'Cowboys & Aliens' left him with a severe case of saddle soreness. 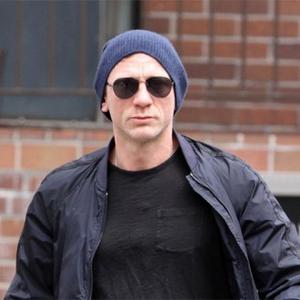 The British actor and Harrison Ford star as two gunslingers facing down an alien invasion in Jon Favreau's new movie and although Daniel wanted to keep his horse Ringo after filming wrapped, he admitted he got a little saddle soreness during filming.

He said: "I loved that horse. I wanted to take him home myself but I had nowhere to put him, You get over the saddle soreness thankfully. I mean, after a week the scabs heal over. You think I'm f***ing joking? Why do you think cowboys walk so f***ing funny?"

While nice guy Harrison eventually took the horse to live on his Wyoming farm, he was so convincing as a bad guy on set, co-star Adam Beach thought he was an "asshole".

He explained: "Harrison's getting to be that b*****d that he hasn't got to be in a film before. Even us actors are surprised because when he gets caught up in the moment and they say 'Cut', if he's still in character that bastard mentality is coming up to me and I'm like 'You're an asshole'. He's still working you know but he's so intense.