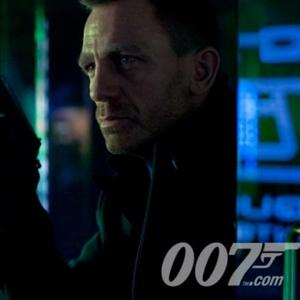 The first official picture of Daniel Craig in 'Skyfall' has been released.

James Bond producers today (02.02.12) posted an image of the actor in his third outing as the iconic British spy on the official 007.com website.

an earlier image released showed Daniel only from the back, clad in just swimming trunks by a pool.

Though the plot of the new movie - which is being directed by 'Revolutionary Road' filmmaker Sam Mendes - is being kept under wraps, it has been revealed that the film will see the spy's loyalty to Agent M, who is played by Dame Judi Dench, tested.

An official synopsis states: "Daniel Craig is back as James Bond 007 in 'Skyfall', the 23rd adventure in the longest-running film franchise of all time.

"In 'Skyfall', Bond's loyalty to M (Judi Dench) is tested as her past comes back to haunt her. As MI6 comes under attack, 007 must track down and destroy the threat, no matter how personal the cost."

Joining Daniel and Judi in the movie are actresses Berenice Marlohe and Naomie Harris, with actors Albert Finney, Ralph Fiennes and Ben Whishaw also part of the project.