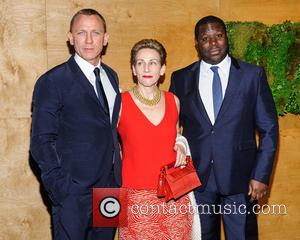 Daniel Craig, Idris Elba and Emma Thompson are among the stars who have signed an open letter to a group of British broadcasters urging them to include more black, asian and minority ethnic (Bame) actors in their programmes.

A campaign to increase diversity on U.K. Tv has been led by British funnyman/actor Lenny Henry, and now a star-studded missive has been sent to companies including the Bbc and the ITv, Channel 4 and BSkyB networks.

It reads, "Ring-fenced money works. It is about quality of programming, not quantity; money is only spent when quality projects are identified - not to fill a quota... To increase ethnic diversity we are asking you to look at what has worked before and extend it for Bame communities. Ring-fencing money would not only guarantee results, but also create a more stable space for Bame talent on screen and behind the camera."