Stephanie Sigman: 'My James Bond Scene Will Be Sexy'

New Bond Girl Stephanie Sigman Has Promised Her Scenes With 007 Star Daniel Craig In New Movie Spectre Will Be "Sexy" Because They Have "Lots Of Chemistry". 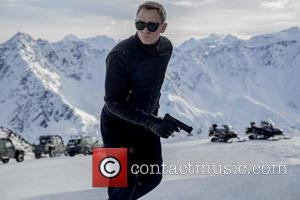 The Mexican actress landed the coveted role of Estrella, who is seduced by the British spy in the next James Bond installment, and she promises their scenes will be sizzling.

Sigman tells Britain's The Sun newspaper, "The scene is sexy and Daniel is sexy... He was charming. We do have a lot of chemistry, which makes everything interesting and helps when there are a lot of takes."

She will also feature in the most expensive opening sequence in the franchise's history, which is set during a Day of the Dead parade in Mexico City, Mexico.

Spectre is scheduled for release in November (15).