We Can't Have A Bald James Bond! Daniel Craig Told That Losing His Hair Could See Him Losing His Job 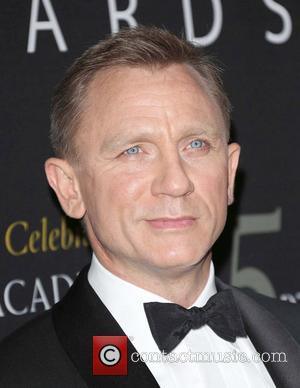 James Bond star Daniel Craig has been warned that his hair loss is starting to become a major concern for network executives, who have warned the actor that he needs to curb his hair loss in order to keep his job as Her Majesty's finest agent.

Reports have emerged online that the actor is been told to get a hair transplant in order to maintain Bond's sex appeal and believability as his hair continues to recede back. It appears that Skyfall's massive success and appraisals may mean nothing to the films producers, as they are more concerned in having a Bond with a full head of hair as apposed to a Bond that is already been touted as the best there's been.

In other Bond news, it has emerged that Skyfall director Sam Mendes wanted the original 007, Sean Connery, to make a cameo appearance in the hit film, that is still performing strongly at the box office. Although he regularly likes to reiterate the fact that he is retired and has no plans to return in front of the camera anytime soon, Mendes was apparently desperate to sign up to veteran actor (who has long rocked the hairless look) when the film was in production, but the Scot would not budge.