At The Movies: Lincoln Review Roundup 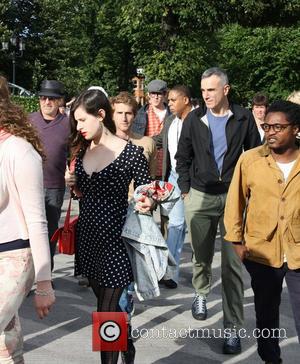 A busy month for movies has seen some big hitters, but perhaps none as big as Steven Spielberg’s Lincoln, which tells the tale of America’s 16th president’s struggle to push through the 13th Amendment to the Constitution, permanently abolishing slavery. We’ve taken a look at some Lincoln reviews for you.

Early indications, as not all the top reviews are in, suggest that Daniel Day Lewis’ turn as Abraham Lincoln might bag him an Oscar come 2013. “Lincoln looks amazing, sounds amazing, and has enough talent to make it an exhilarating learning experience,” say Hollywood.com. And another Hollywood, this time the Reporter, tend to agree: “An absorbing, densely packed, sometimes funny telling of the 16th president's masterful effort in manipulating the passage of the 13th amendment,” they write. Variety also loved the film, but acknowledged that their might be the odd historical inaccuracy. “Though historians will surely find room to quibble,” they wrote, “every choice Day-Lewis makes lends dignity and gravitas to America's most revered figure”. The Guardian took the opportunity to make a small dig at contemporary politicians, in light of the impending American election, quipping, “If only modern American politics were remotely as entertaining.” Finally Boxoffice.com, said Lincoln was “A fascinating, savvy look at the inner-workings of the political process and how things in the White House get - or don't get – done.”

So there you have it; a 92% score on review aggregator website Rotton Tomatos, and a host of positively written reviews. Come Nov 16th, you know what you’ll be doing with your Friday evening.