Daniel Radcliffe explains the occasional arguments he had with his co-star, Emma Watson, during filming of the Harry Potter franchise. 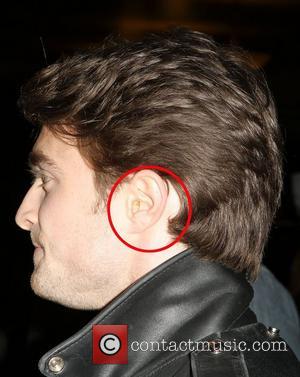 Picture: Daniel Radcliffe at the premiere of CBS Films The Woman In Black shown at The Pacific Theater at The Grove Los Angeles, California - 02.02.12

Harry Potter star Daniel Radcliffe admitted in a recent interview that he co-star and Emma Watson used to get into huge arguments on the set during filming, sometimes causing the pair to refuse to talk to each other for days on end. Radcliffe spoke about how their differing points of view usually began to debate simple topics which eventually spiralled into something altogether more dramatic.

Related: Daniel Radcliffe To Star In 'Now You See Me 2'

During an interview with Britain's Radio Times, Radcliffe explained, "Oh, God. We used to argue about everything. Religion. Politics. I remember one of the big arguments we had on the fourth film - we didn't speak to each other for a couple of days - was about... She was arguing about the Latin language, that nobody knows what it sounds like, what a Latin accent should be. And I was like, 'Yeah, but it's still spoken a lot in the Catholic church.'

The star explained that they were still great friends. He continued to say that their disagreement was "Such a w**ky argument, looking back, and it got totally out of hand. She was furious; I was livid." He finally stated that "I certainly would advise anyone, if you're going to debate with her, know your s**t."