Daniel Radcliffe admits he ''hated'' watching his performance in 'Harry Potter And The Half-Blood Prince', saying he was ''complacent'' and ''very one-note''. 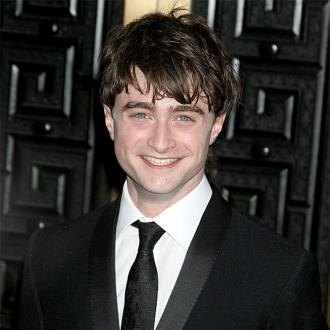 Daniel Radcliffe ''hated'' watching his performance in 'Harry Potter and the Half-Blood Prince'.

Radcliffe, 25, has amassed a huge personal fortune on the back of the Potter film franchise - which is centred on the books of J.K. Rowling - but says his performance in the sixth edition was ''complacent'' and ''very one-note''.

The actor told the Mail on Sunday newspaper: ''I never liked watching myself on film but I do make myself sit through it.

''I think it comes from not actually realising I didn't have to go to my own premieres and watch the film - that's something I've only just realised you don't have to do. I always went along and sat with everyone else watching the movie.

''And that's why it's hard to watch a film like 'Harry Potter And The Half-Blood Prince', because I'm just not very good in it. I hate it. My acting is very one-note and I can see I got complacent and what I was trying to do just didn't come across.''

Radcliffe added his best performance in the Potter franchise came in the fifth movie, 'Harry Potter and the Order of the Phoenix', which was released in 2007 and also stars Emma Watson and Rupert Grint.